Why Being Trans* is so Expensive 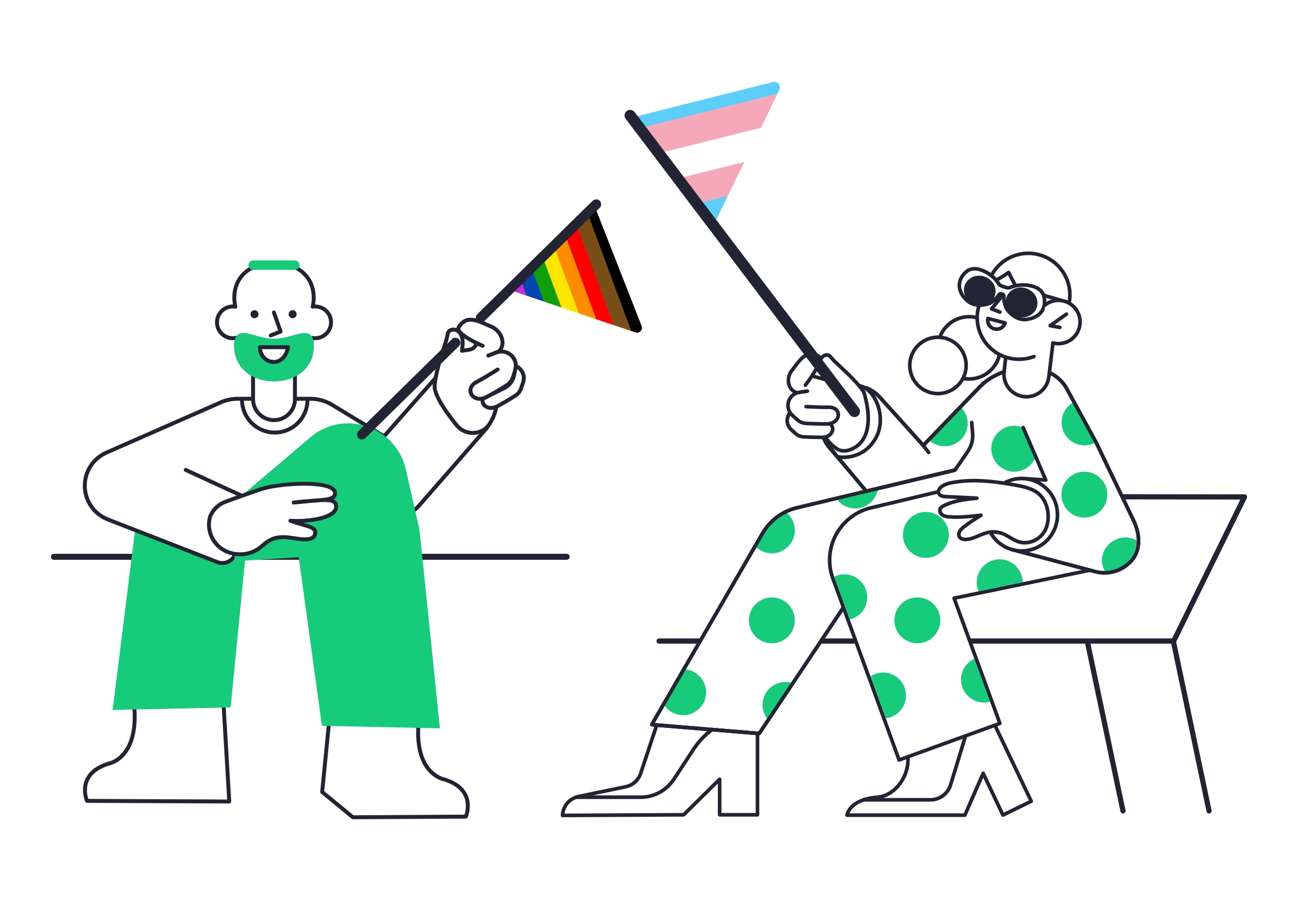 In order to be inclusive of the nuances in the gender spectrum, I will be using the term ‘trans*’ to refer to any person falling under the non-cisgender spectrum. One must also remember that identity is not one-faceted — trans* people are people of colour, with ‘disabilities’ (this term being problematic in itself), in older age, and an infinite array of nuances of what it simply means to be a person. Each study outlines the specific demographics of their surveys and statistics.
To clarify the writer’s positionality — I am a white, European, trans*, neurodiverse, middle class individual.
‍

Being part of one of the most vulnerable groups in society comes with a price — literally. If you suffer from gender dysphoria you will find that there is no such thing as an easy route to gender euphoria. You will either have to wait for years through public services or have deep pockets and go private.

1 in 3 employers has said they would not hire a transgender person (Crossland, 2018). So it’s no surprise that 60% of trans people have a yearly income of less than £20,000, according to the government’s 2018 National LGBT Survey (National LGBT Survey, 2018). Because of the pandemic, we know that those already financially vulnerable are suffering the most, 1 in 5 trans* people are in deep financial need (Hidden Figures, 2020).

It’s no surprise that 60% of trans people have a yearly income of less than £20,000. This was before the pandemic.

The cost of being

There are four costs to consider if you are a trans* person. They all have both private and public routes, each of them with its specific rules and boundaries.

First, the cost of mental health

Being part of the LGBTI+ community automatically makes you more prone to mental health distress, high levels of anxiety, depression, and suicide.

Yet referrals for mental health services from the NHS have dropped 61% because of the pandemic. Meaning that if you are not ready to enter private therapy and empty your pockets, you will leave wanting, in a difficult, sometimes deadly situation.

If you are not ready to enter private therapy and empty your pockets, you will left wanting.

Mental health is also not an option for trans* people. If you wish to undergo any medical transition, you are required to provide a gender dysphoria diagnosis by a mental health professional. This costs £300–£500 for a single session, where hopefully you will be ‘diagnosed’. If not, you’ll have to pay for a second round, decided on a case by case basis.

Secondly, the cost of physical health

As with mental health, you are trading time for money. The waiting list for free, hormone treatments and/or surgery through the public GIC (Gender Identity Clinic) can span to four years, or longer. Whilst in the private route, your first appointment can happen within six months. However, the cost of this, of this can vary between £3,000 to £15,000.
This obviously depends on what type of surgery and treatment you are getting.

Hormone therapy, for example, is not as expensive as you’d think — around £700 for the first year. The London Transgender clinic has now officially allowed for monthly payments, which means that the process is much more financially manageable. It’s all of the unspoken extra costs that ramp up the price. £200 pounds for a 20 minute consultation for top (chest) surgery, compulsory processes that are deeply rooted in transphobia, such as forcing you to freeze your sperm or eggs before hormone therapy. Withholding hormones if you refuse, which cost between £3,500- £7,500 plus a £300 annual fee.

In the average salary of a trans* person this is 50% of your yearly salary.

There has been a massive win recently, where the cost of legal gender change has been reduced from £140, to less than £10. That said, the process remains difficult and long-winded, having to provide two different medical reports, meaning that ‘fewer than 5,000 people successfully obtaining a GRC prior to the consultation’, according to the BBC (BBC, 2020).

Whilst there are definite legal expenses, such as updating your passport (£85), the real price of legal costs can be summarised in time and effort. This forces gender-non-conforming people to become semi-lawyers in their own right. Like this 34 point reddit discussion on how to change your name and gender at every. single. institution.

Fourthly, all the middle grounds

These are the hidden costs that are not mentioned anywhere. Such as basic safety, rent and transport.

“One big thing is people facing street abuse in some neighbourhoods more than others, and what that means for rent and property prices to live somewhere that feels safe. An ex of mine was beaten up at a bus stop and ended up moving out of London. A number of friends don’t feel safe to visit my neighbourhood let alone live here for less money. For similar reasons some friends can’t cope with public transport and thus have to pay for cars.” Anonymous, Facebook group answer

Hidden costs that aren’t really displayed clearly in the process.

“I feel people often put money aside for the actual surgery but don’t realise there’s an extra cost for the consult. And sometimes an extra cost for medical binders and medical tape for after the op.” Anonymous, Facebook group answer

The costs that you pay because you don’t have access to all the resources.

“A name change can be done with a free deed poll. I wish more people knew that.” Anonymous, Facebook group answer

Or simply the costs of everyday life. Another participant in this group comment about the needs for prosthetics reaching £30–£500.

The LGBTQI+ community bases a lot of its historical survival, financial help included, in exactly that — community and mutual aid.

This is why Crowdfunding is so common — ‘Crowdfund my surgery’, ‘crowdfund my hormone treatment’. With the ongoing joke that we are all just passing the same £20 between us.

Most importantly — what am I missing? Following the community-based tradition of the trans* community, please get in touch at @FlexerKas with any other organisation you think can help, tips and tricks, or feedback about this post! I will collate these resources and they come through.

Get on Flex's app waiting list
Be the first
Related articles

Why Social Purpose fintechs will fail

47 reasons why 'Monzo for poor people' isn't the answer.